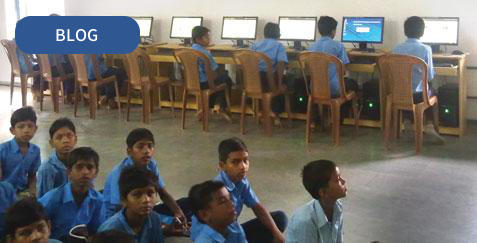 In one of the largest ICT in Education projects of the country, the Gujarat Government deploys computer labs in 15,493 primary and upper primary government schools in the state—an initiative that is likely to benefit millions of children every year.

The Gujarat Council of Elementary Education, Government of Gujarat under the Sarva Shiksha Abhiyan sought to implement ICT labs in 15,493 government schools spread across the state of Gujarat. The aim was two-fold:

The Department of Education of the Gujarat Government decided to establish cost and energy efficient computer labs in its 15,493 state-run schools, many of these are located in the rural and remote areas. The government selected NComputing’s virtual desktop solution, mainly because NComputing has successfully implemented similar ICT labs in other states in the country like Andhra Pradesh, Punjab, Bihar, Assam, Uttar Pradesh, Rajasthan and Haryana. In a brief time frame, 77,465 NComputing virtual desktops were deployed in 15,493 government schools spread across the state.

NComputing deployed X-series for vSpace, an end-to-end desktop virtualization solution comprising X-series thin client access devices and vSpace desktop and application virtualization software. The solution requires 75 percent less maintenance and saves up to 90 percent energy by using 1 watt of electricity as compared to the traditional PC that consumes 120-150 watts—an important advantage for schools located in areas that face acute power shortage. The devices last for 3 to 4 refresh cycles (11-12 years) and generate merely an ounce of eWaste.

If implemented with traditional PCs, the project would have required a major initial investment, not counting ongoing costs in support, maintenance and power supply. School children use just a fraction of an average PC’s computing capacity. Setting up individual PCs for each student would be a waste of capacity – and money. NComputing applies desktop virtualisation technology to split a computer or server’s computing power into multiple workstations – allowing schools to enable computing access for more students economically.

The Computer-Aided Learning (CAL) project of the Gujarat Government is one of the largest ICT in Education project in the country. Hence, the government of Gujarat opted for a transparent tender bidding process to select the best technologies and implementers to complete this vast project. Following a strict selection process, the Gujarat government roped in leading education applications and software providers, along with NComputing to deploy 77,465 NComputing X550 virtual desktops, and eLearning applications and education software.

The implementation was based on an innovative outsourcing model called Build, Operate, Own and Transfer (BOOT), which required outsourcers to install, staff and manage the labs for a five-year term. Such an arrangement helps ensure that the labs are installed quickly and in line with strict performance benchmarks. This model helped complete this massive deployment in the government schools of Gujarat in the most seamless manner.